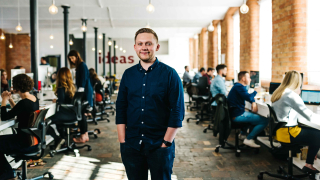 With its fast-paced nature and constant platform updates, it can be difficult to know what's current in the world of social media marketing. We're always pushing the boundaries to stay ahead of the curve here at Fluid and with 2019 already kicking off with some big platform changes – we thought we'd share some of our trend predictions for the upcoming year.

The Demise of the News Feed

Dead scrolling, bad Facebook PR, the exodus of teens and a variety of other issues may see the news feed slowly becoming a thing of the past this year. Instagram has already hit 400m daily story uploads and it's clear that all platforms (including the Ultimate Guitar Tab app) see stories as the future of social content. With the majority of social traffic coming from mobile, it makes sense to focus on this visually rich type of content and with many seeing the traditional news feed as a contributor to mental health issues – we're betting on stories continuing to dominate and even take over as the primary feed for many of the platforms this year.

Have you heard of TikTok? How about Music.ly? The latter was an instant hit with teens and tweens everywhere and in 2017 the Chinese internet giant Bytedance bought the platform and merged it with TikTok, which it already owned. The app is similar to Vine and centres around short funny videos uploaded by users – the platform amassed a huge 3.8m first-time downloads in October (U.S.) alone last year and continues to grow.

For advertisers looking to reach the elusive younger audience that has fled Facebook, TikTok could be extremely lucrative and a leaked pitch deck obtained by Digiday shows that the platform is looking to launch ads to the European market, including Snapchat style 2D and 3D AR Lenses.

AR (Augmented Reality) or VR (Virtual Reality) – two buzzwords that have been banded around in recent years as the next great leap in content creation. Neither have yet exploded but we feel like it's getting close for AR, more so than VR which still feels overpriced and out of reach for most with high production costs.

Snapchat started the AR trend with its lenses and Instagram have continued to replicate the feature in collaboration with Facebook with new Instagram filters coming all the time.

With all major smartphone providers now supporting some form of AR and an increased move towards social-first shopping, the next logical step is for users to be able to try products in AR before purchasing – all potentially within an app like Facebook or Instagram.

Further to the above push to stories for social platforms in general, it seems like Facebook is continuing to put an emphasis on Groups – the digital marketing team here at Fluid get value from Groups on Facebook and find the experience feels much more like a community than the feed does.

With this rise has come some new and exciting features for Groups such as Mentorship which allows users to become mentors and help other users on specific topics related to the group. It's much easier to build a group of moderators in Groups now and also attach badges to users that contribute the most or are often seen helping others.

We're always looking to develop our clients' Facebook presence with Groups and the platform certainly lends itself well to b2c-focused brands where not only can users build a community of evangelists for your brand – they can provide a rich source of valuable user-generated content.

Not to end on a downer, but it's one worth keeping in mind: regulation is coming for social media. The days of Zuck's strategy of "move fast and break things" has been met with way too many PR headaches and data breaches in the past 12–18 months to continue and it's looking more likely that governments, regulatory bodies or both will soon step in to curb the freedom that social platforms have.

The Digital, Culture, Media and Sport Committee have already made a push in this direction with the release of their ‘fake news’ and disinformation report labelling Facebook a ‘digital gangster’ and calling for rapid change!

As brands and advertisers using the platform, this might not be a bad thing and if GDPR is an example of how it might play out – we expect a lot of loud voices, followed by no real issues and a much more trusted industry with a fall in bad-players that often give social media marketing a bad name, so we say bring it on!

If you'd like to discuss social media marketing for your company; whether it's for one-off campaigns, ongoing community manage mentor strategic paid advertising – get in touch today!