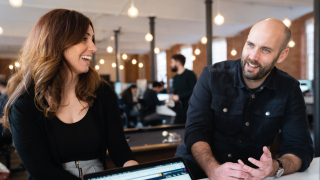 I was recently in Berlin to celebrate my wife’s birthday. It was a special one so we plumped for a nice spa hotel near Gendarmenmarkt. I love spas. But it turns out I don’t love nude spas. Or being told off by nude German people in spas for my stubborn non-nudeness.

This story is relevant to marketing, I promise. It will be eventually anyway.

The thing is. If I strode into Derby’s David Lloyd sauna in the buff I’d probably be chastised / ridiculed / arrested. It certainly wouldn’t be a normal or acceptable thing to do. And thankfully a crippling self consciousness means I won’t ever attempt to prove this theory right or wrong. But in Berlin things appear to be very different indeed.

And in a confused and slightly sordid way, that brings me to the point of this blog. The challenges of cross-cultural marketing for global brands. And the potential pitfalls of ignoring or underestimating national norms.

At Fluid we’re fortunate to work with a number of truly global brands. It’s a privilege we take seriously. So we’re well aware of the cultural sensitivities around international campaigns. We have to be.

To steal the disarming explanation of a client, just consider the breakfasts you’ve had in recent holidays or trips abroad. And not just the breakfast. The bread.

Copenhagen, Berlin, Paris, Istanbul. Bread all reflects an ingrained cultural taste. A national norm. It’s always got a slightly different feel or flavour. Because that’s how people like it over there. And unfortunately for me its never Kingsmill toastie white.

Those preferences, attitudes and beliefs extend beyond the breakfast buffet and into the fabric of daily life. People are proud of those intricacies. Serve-up something inappropriate or ill-considered and it could cause serious offence.

It was only a year or so ago that we had a multi-lingual mind to thank for scrapping a campaign concept that would have been extremely upsetting to French people. And what should have been an empowering, uplifting and global message would have caused serious offence to our near neighbours. And their mothers.

Someone once said - never assume. And those are disarmingly simple and definitely wise words. Because when it comes to global brands and campaigns that have to work across cultures, there are pitfalls (and accidental swear words) lurking everywhere. One day we’ll tell you the story about the Ten-foot Japanese tattoo.

And these experiences prove why we have to listen. Learn. Be honest. And test. And above all - be open. Forge relationships with clients that are so close and collaborative, that their cultural knowledge is as trusted as your creative instinct.

Trust is universal. Simplicity is key. Partnerships are everything. Public nudity is bad.